When we read true stories that happened long ago, it’s important to realize that the people we read about had hopes and fears just like us.  But we also have to remember that the world they lived in was quite different than our own.  Sometimes knowing a little more about what that world was like can make their bravery seem even more amazing.

If you took a time machine back to the late 1840s, you’d see a very different time in American history.  Most northern states wanted the entire United States to outlaw slavery and the southern states were ready to fight to keep it.

At this time, about nine out of ten African Americans were slaves.  Only two out of every 100 African-American children went to school.

In some Southern states, it was even against the law for African Americans to learn to read.  Some slaves caught trying were whipped or even blinded.  White people who taught them could go to jail.

Nevertheless these black citizens couldn’t share railroad cars and many hotels and restaurants with white Bostonians.  Or, go to the same schools.

Compared to the world of Southern

slaves, Boston was a paradise.  That helped the African Americans who lived there to imagine change—to dream of more and work for it. And they did. Sarah’s great-grandparents, the

Eastons, bought a pew (a reserved bench) in the white section of their church. When their pew was torn down by white church members, the family sat in the aisle every Sunday. William Nell was part of a group in Boston that protected slaves who had escaped from the South and helped them travel on to Canada and freedom. Nell and other African American leaders, including Sarah’s lawyer Robert Morris, started a boycott of the  Smith School for African American children.

And then there was Sarah’s family and Roberts v. City of Boston. 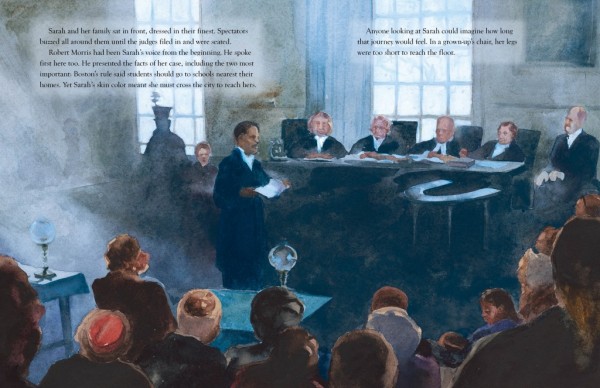 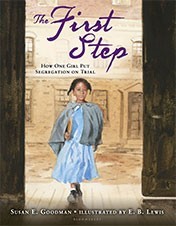